A young Eugene and Pieter, together with our Mother, my sister and I and her two boys

Eugene and Pieter with our parents early on in their relationship

Eugene and Pieter at the house Eugene renovated under the guidance of our father. It was a major achievement for Eugene in so many ways. 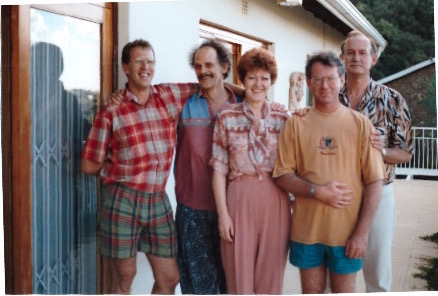 At the home of very dear friends of ours, Hennie and Gerrie, with whom Eugene and I had spent many an enjoyable visit

A memorable trip to Brugge, Belgium and a boat trip around the canals. It reminded me of Venice. 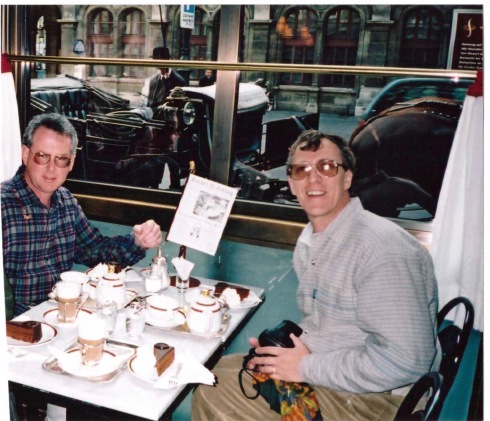 The ultimate coffee and cake, namely the traditional sacher torte in Vienna, Austria. 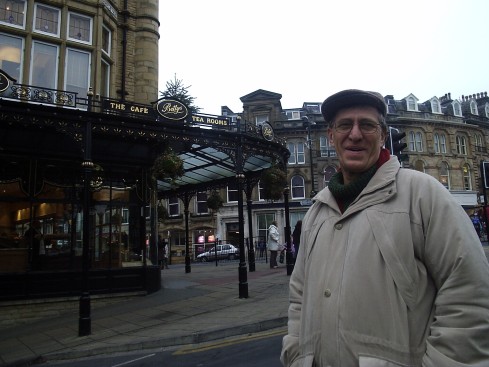 Eugene never could resist a coffee and cake. Outside one of the most famous tea rooms in England. Betty’s tea rooms in Harrogate, Yorkshire 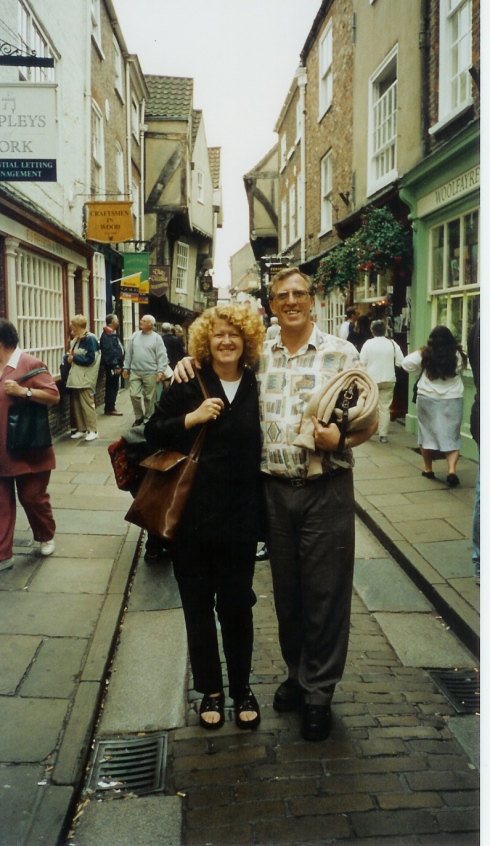 Eugene on a river boat in Stratford-Upon-Avon, the home of Shakespeare

The Lake District and one of Eugene’s favourite destinations 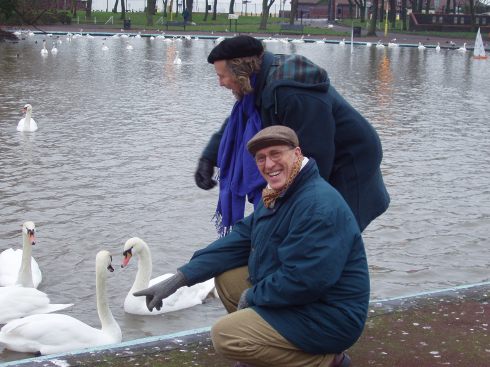 My husband always enjoys playing the part and on this occasion as the butler, waiting for Eugene, Pieter and myself to arrive 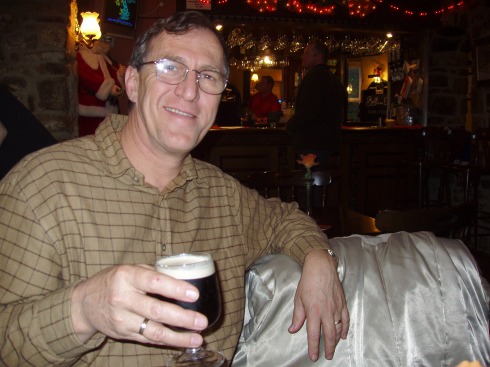 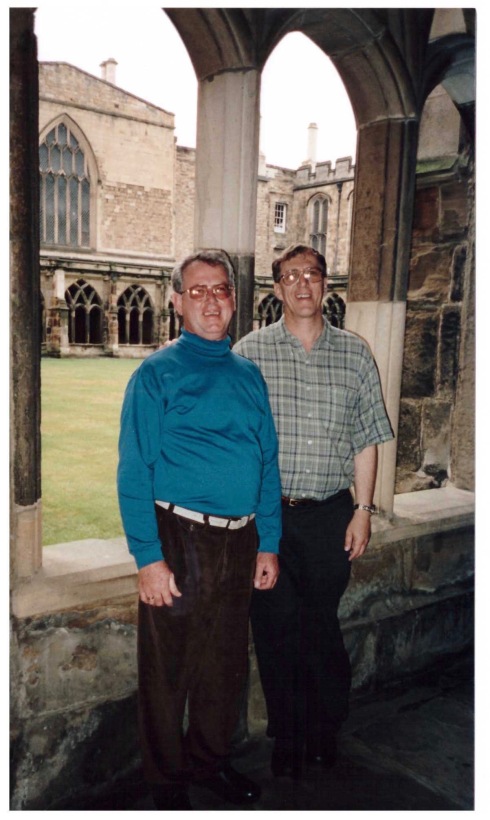 Spirituality was always important to Eugene which meant our travels around Europe always include visits to cathedrals and churches. Taken at the beautiful cathedral in Durham, near my home in the North East of England 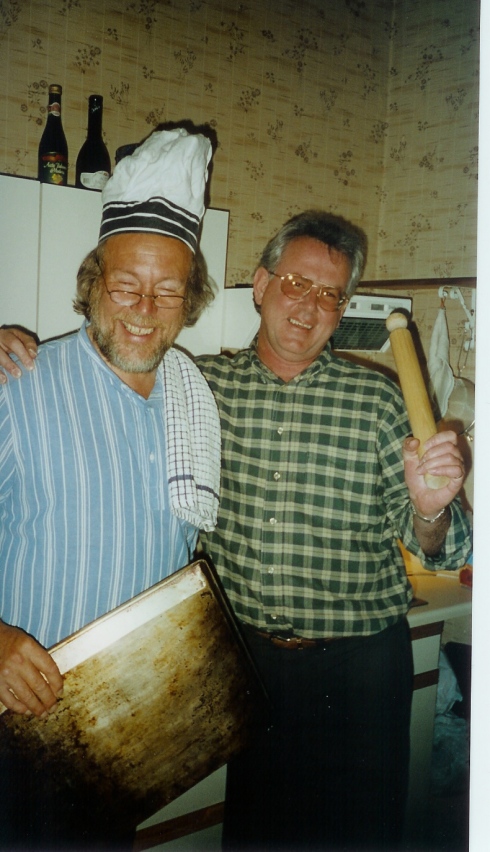 In memory of the 80th birthday of our Mother

A beautiful view of Newcastle, North East England taken from the restaurant at the Baltic, home to art exhibitions and events

Eugene and Pieter on their wedding day with Gerrie (their ‘daughter’ on the far left) and Trevor, Gerrie’s partner and the Dutch Reformed Minister that married Eugene and Pieter

I had the privilege of having Eugene walk down the isle with me on my wedding day. It was his last trip to England and he was suffering from the side affects of the the many treatments he had endured during his illness. He was on hormone therapy at the time and as a result had picked up a lot of weight. 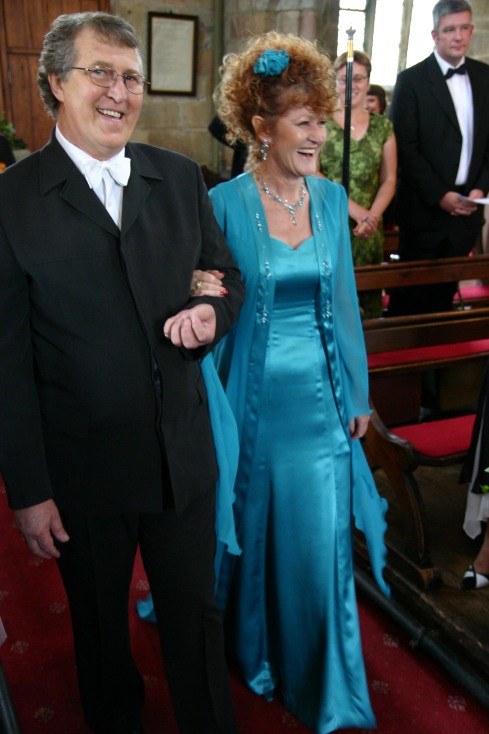 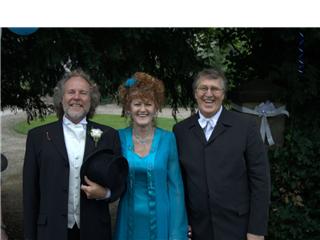 Eugene with Laurence and me on our wedding day 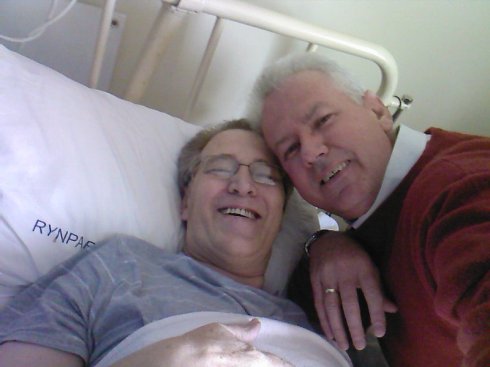 In my book I describe how Eugene made a ‘come back’ shortly before he died and how the idea of a tea party with all the guests wearing outrageous hats was invented. At his Remembrance of Life Service, everyone who attended wearing hats with a difference. These are just some of the many interesting hats on display. 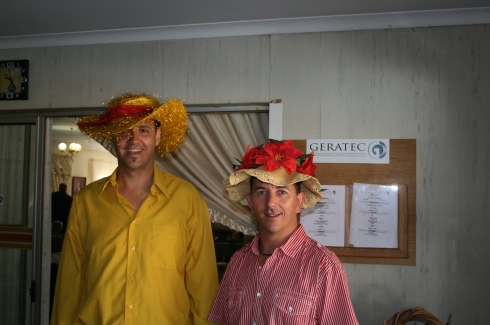 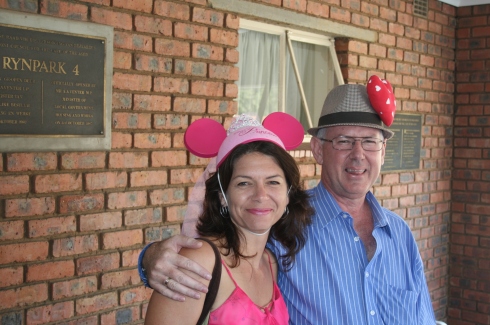 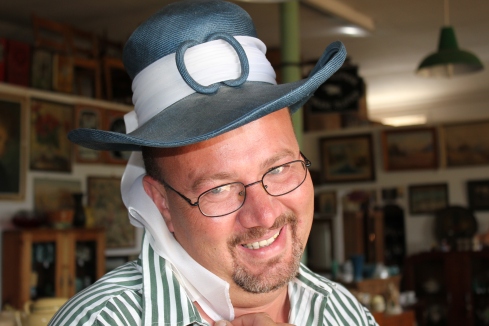 Pieter and myself, together with a dear friend of theirs, Barry, went on a pilgrimage to Clarens, to scatter Eugene’s ashes where he and Pieter were married.

Eugene and Pieter downsized when he became ill and Eugene was determined to leave a peaceful haven for Pieter to escape to when he was no longer with him.